On Friday 15th November 2013 I attended my first ever North East Woman Enterpreneur of the
Year Awards ceremony having been shortlisted for Best Home Based Business.

The North East Woman Entrepreneur of the Year Awards recognises, rewards and promotes
achievements of women in business in the North East.

The criteria the judges were looking for with regard to the Best Home Based Business was:
The winner will have shown great self-discipline, determination and passion to create or
develop a successful home-based business, overcoming these barriers, and demonstrating a
successful work/life balance. 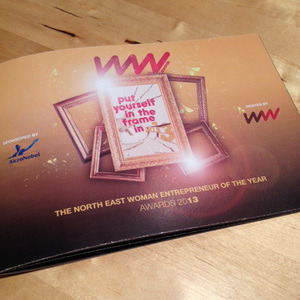 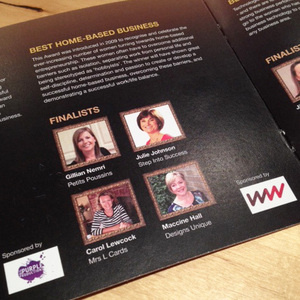 The event on the night was a black tie affair which made it feel extra special. There was a
champagne reception following which we were shown through to the main room where the
awards were being given out.

A few awards were announced then we had a lovely 3 course meal. The Best Home Basaed
Business award was one of the last to be announced. The runner up was announced which then
left me and 2 other ladies in the running.

The award was being given out by Nickie Gott and when she mentioned the winner having great
products I had an inkling it may be me as the other candidates didn't have products. When Nickie
announced my name I was overjoyed. The table I was sat on was close to the back of the room
so by the time I reached the stage I was in tears. I think it was a mixture of pride and a sense of relief
that I am doing ok and also a kind of pat on the back. I managed to compose myself a little but its
funny as on the photo of Nickie giving me my award you can see the tears on my cheeks! 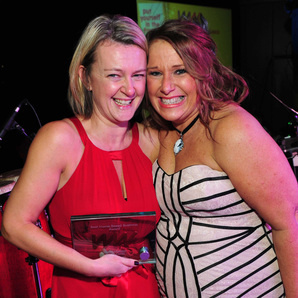 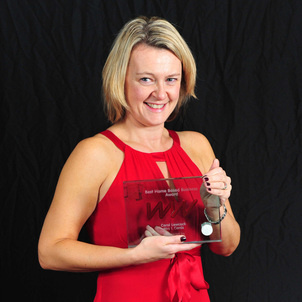 Afterwards a photo was taken of me with my award and then more of the every winner
on the night. It really was quite a glamourous evening which ended when Guy and I
slipped off back to our hotel bar to share a bottle of wine and toast my award together.

Since winning the award I've had some wonderful press and also a few days afterwards these
gorgeous flowers turned up from Guy! 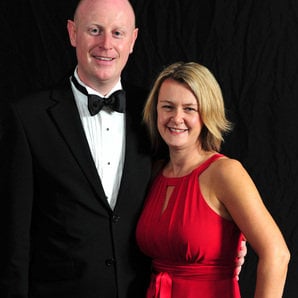 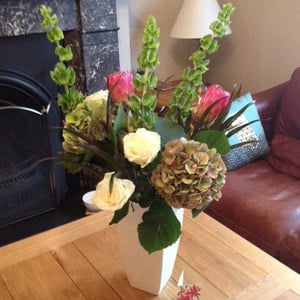