Every sunday night between 5-7.30pm small businesses have the chance to catch the attention of
Theo Paphitis by tweeting him about their business using the hashtag #SBS (Small Business Sunday).
I have tweeted Theo a few times off and on and have seen people I know via twitter win.

On Sunday March 9th I thought I would give it another go. The winners are announced the following
Monday night. To be honest like many people I didn't really expect anything however after tea on
monday night I checked my email and thought I had been hacked. Emails of twitter notifications were
flooding in. I then saw the Theo retweet. A retweet to over 300,000 followers. 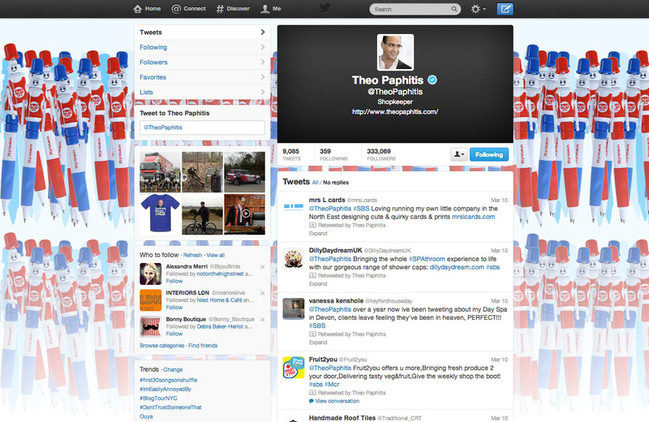 So many tweets of congratulations poured in from fellow sellers, friends, customers and now fellow
#SBS winners. To say I was on a massive high was an understatement. The week before I had had a
particularly trying week so this was a brilliant way to start the new week.

As a result of my #SBS I now have so many new followers on twitter, some new customers, new trade
order requests and some media publicity as Greetings Today featured my win on their News section of
their website. 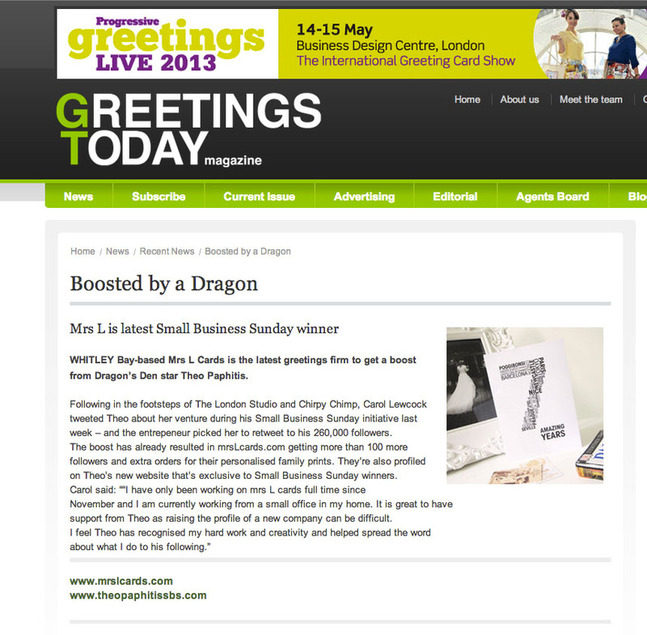 I also have access to lots of great business advice via the #SBS website plus a little bit of kudos! 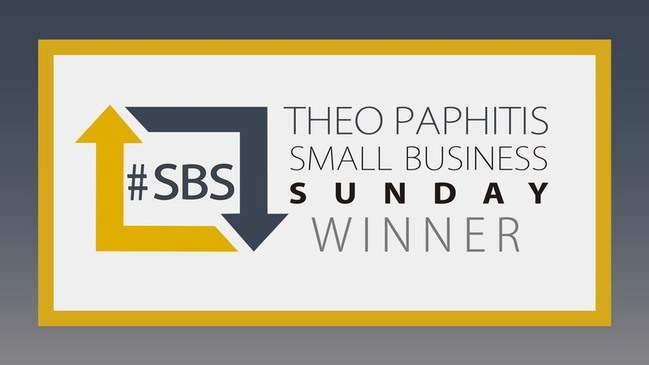